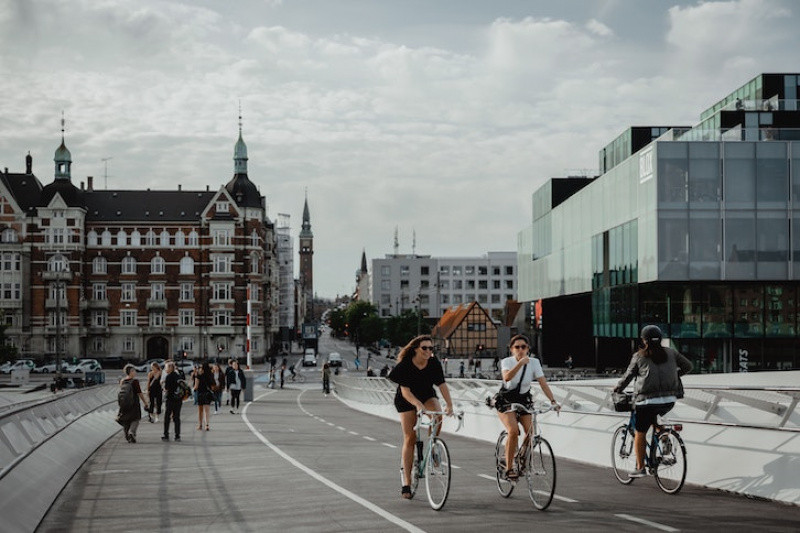 Denmark is a Scandinavian country located in Europe. With several islands attached to its territory in the Baltic Sea, its capital and the most populated city is Copenhagen. It is the seventh richest country in the world, making the quality of life of its citizens very high. Denmark is the home of the famous poet and writer Hans Christian Andersen and in Odense, his old medieval hometown, is the oldest city in the country where a museum in his honor is located. A curiosity of Denmark, which responds to its ecological practices in general, is the large amount of population that uses bicycles as a means of transportation: there are many miles of bicycle routes, and ultimately, it is a country that competes with the Netherlands to be the capital of cycling. Copenhagen is a particular city, because in addition to the common urban city attributes such as multiculturalism, bustling atmosphere and buildings upon buildings, there is a regulation that states that every citizen should be within a short 15-minute stroll of a green area or the beach.

In Denmark, there is a Danish Institute for Human Rights that monitors compliance with the rights of people with disabilities and promotes the implementation of the UN Convention on the Rights of Persons with Disabilities. In addition, Denmark has a system of signage, operated by a private organization but nationally regulated by Danish legislation, that informs whether a certain place is accessible under seven criteria: for wheelchair users, those with reduced hand, foot or walking mobility, those with reduced vision, reduced hearing, asthmatics and allergy sufferers, people with cognitive disabilities, and people with reading difficulties.

Denmark has excellent health care facilities with nationwide coverage. Even so, be sure to take out adequate health insurance for your personal and travel needs, and have funds to cover any medical emergencies.
No vaccinations are required for travel to Denmark.

Crimes in Denmark are rare, however, thefts of purses, wallets and valuables from tourists do occur. Therefore, we recommend you to be cautious in urban areas and avoid flashing valuables.

Denmark is a country with a relatively mild climate. Due to its geographical location, neither summers nor winters reach extreme temperatures. Winter lasts approximately from October to March, and summer from June to September.

The official language of Denmark is Danish and English is widely spoken.

Electricity in Denmark is 220V at a frequency of 50Hz and plugs are type E and K.